Bitdefender is one of the largest and popular cyber security delivery companies of the world.

It came to existence in the year 2001 and since then it has been providing their service towards the cyber world by repairing any kind of threat that may damage cyber security. It detects, repairs and gives solution to any threat that may be harmful for PC, Laptop, Smart phones and Mac.

The Internet Security by Bitdefender 2017

Among many other products of Bitdefender, its Internet security 2017 is also one important product. 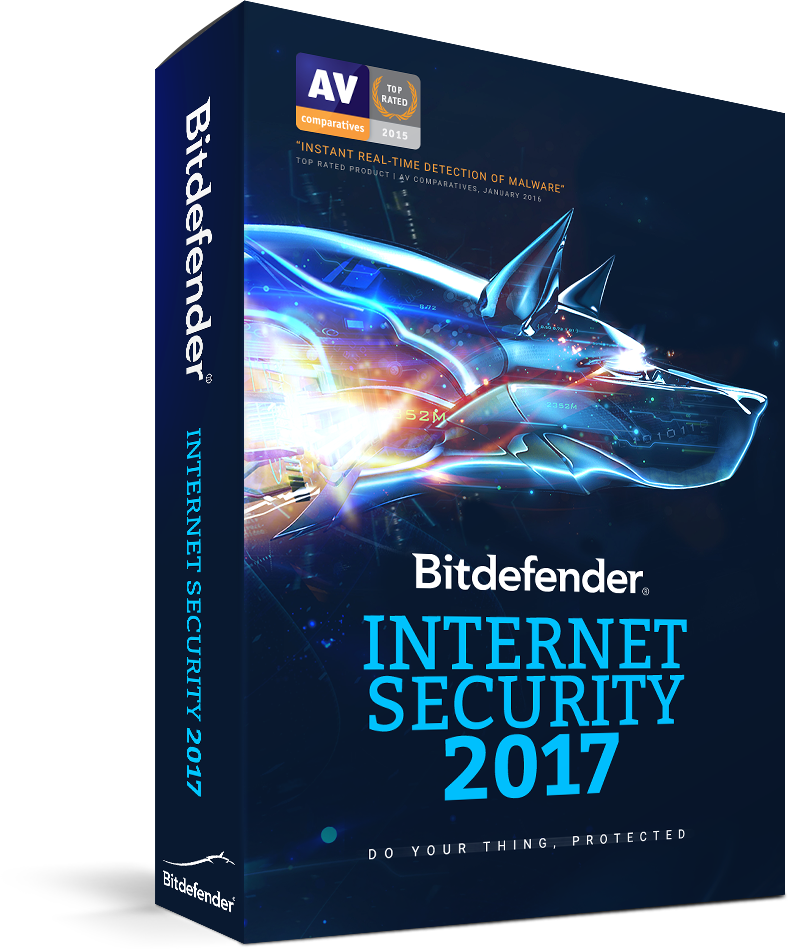 It secures the PC and laptops or such other gadgets from online threats and guarantees the maximum speed to the PC. It is made to protect these gadgets from the most dangerous threats of the world such as viruses, malware, rogues, spam and such other threats.

Features of Internet Security by Bitdefender 2017

The Internet Security by Bitdefender 2017 is loaded with a number of features like its previous addition. It is a combination of Bitdefender antivirus, Anti phishing and Anti Spam Components with many other security features.

It was able to earn good score in AV tests, a software testing lab.

AV Test is one of the internationally reputed software testing lab as well as an authority for the testing of antivirus. It was able to score quite a good rank in the AV test conducted in the year 2016, while testing the windows 10.

During this test, a good number of threats were installed to see how Bitdefender works with these. And Bitdefender performed remarkably well by detecting as well as repairing both known and unknown threats.

What makes it class apart from its counterparts ?

Bitdefender is not like a typical security suite generally found in the market. It is more than that. Apart from providing security to the computer, it also alerts the user about the threats which may be encountered while you are on social networking site. It scans even the removable discs, including any USB drives, the user use and thus protects the system.

Apart from having the common antivirus features, Bitdefender also has another three features called cloud antispam parental control and Firewall.

The firewall provides double layer protection to the system. Cloud antispam is a technique to prevent majority of the user from unnecessary spam attacks. When half billions of Bitdefender installation complaints for any spam attack then, the internet defense by Bitdefender makes the user aware of the action prevents other users from such unnecessary attacks.

And parental control allows the user specially the parents, to control the online contents, which they don’t want their children to see. So with the help of this feature, parents can monitor their children’s online behavior.

So lastly it can be said the internet security by Bitdefender is one of the best security suites to keep one’s computer safe from any unwanted threats.

Where to buy at lower price